(You might notice that this post is written as if from the lips of an Enlgish Lady. That is because I just finished the movie and find it funny I am thinking like this. Best use it while I can, lest it fly from my hands until I read a Jane Austen novel!)

Directed by Robert Hamer, who also wrote the screenplay with John Dighton, Kind Hearts and Coronets is either the dullest example of a murder thriller or the most brilliant slice of dry British humor I have seen in a long time. It is loosely based on the novel Israel Rank: The Autobiography of a Criminal (1907) by Roy Horniman and features surprising obscure talent.

This is not the type of film one watches excitedly with popcorn and friends. Thinking about it, most my friends would not be able to live through the first five minutes of the movie. I am surprised I did. I do not know exactly what I expected from it. I loved the film A Matter of Life and Death (1946), directed by the famous English film director Michael Powell, and probably assumed that Kind Hearts would turn out to be just as fascinating.

Kind Hearts is an example of black comedy. To put it simply, for the genre any subject considered taboo or of a heinous nature is treated lightly for the sake of a good laugh. Utmost in its morbidity, it employs farce, or a comedy which puts its characters through exaggerated or improbable situations, to make a specific point about politics, morality, religion or all the above. One example of this genre is Monty Python’s Flying Circus. 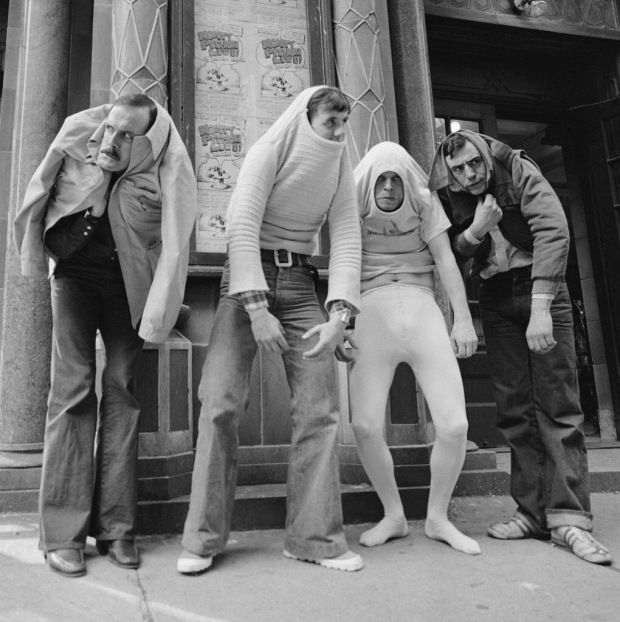 In one skit entitled “Monty Python’s How Not to be Seen”, a narrator asks participants to stand in their hiding places and shoots them to show how horribly they are at hiding. As the joke proceeds, they blow up bushes where people are hiding and later entire buildings to prove their point. Think about it. Multiple people are murdered without a second thought . Yet it is funny? Needless to say, this is a genre that is seen as either disturbing or wickedly hilarious.

The film is actually ironically based on Alfred Lord Tennyson’s poem Lady Clara Vere de Vere. It is a drawling number talking of a woman of nobility and her richly famous family, which Tennyson wrote for the Vere family as a token of friendship. The line “Kind hearts are more than coronets, and simple faith than Norman blood.” directly influenced the film’s title as a possible poke at the many unscrupulous murders of the D’Ascoynes aristocrats who displayed all the charming graces of elevated rank. To put it simply, they were all dull as toast. So, naturally, we should not feel to bad finding humor in their untimely deaths. 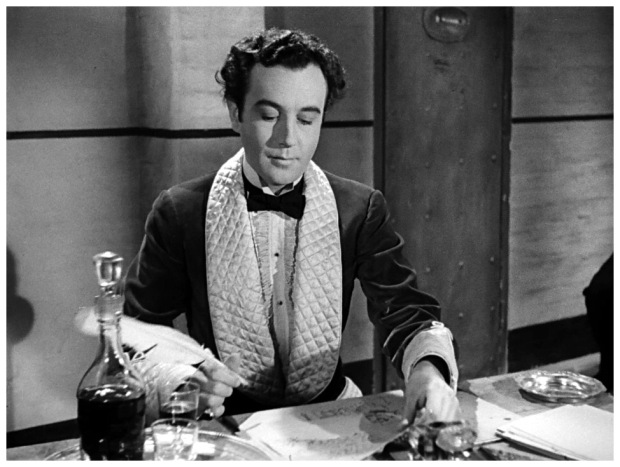 Back to Kind Hearts. It stars Dennis Price as the sociopath and devilishly charming Louis D’Ascoyne Mazzini. The film begins in his prison cell where he is to hang for murder. Whose murder exactly? Well, he begins to write his memoirs about his slow incline toward power in the face of extraneous circumstances. His mother had made the terrible error of falling in love with an Italian singer and as such was cut off from the family forever. Upon Louis’s birth, his father died of shock and leaves his mother to face the world in poverty. Upon her death, Louis’s family, the D’Ascoynes, refuse to bury her in the family tomb and he decides to embark on a quest for the dukedom and revenge.

He watches his family very carefully and anxiously awaits for them to fall ill or die from silly accidents. But it cannot be simply left to fate. Eventually, after being insulted by his cousin Ascoyne D’Ascoyne at his workplace at a bloomer store, Louis commits his first crime and starts his quest to pull off the perfect seven murders. ( Two blokes he would have killed if he had the chance of coarse but it turned out to be unnecessary). It is important to note that all of Louis’s unfortunate eight relatives he must knock off are played by the same person, Alec Guinness. You might recognize his likeness in Star Wars as the original Obi-Wan.

All his relatives meet quite unfortunate ends. Sometimes he wheedled his way into their company and kills them discreetly. Other times he sees no way to gain their favor, like in the case of Lady Agatha D’Ascoyne who is an avid suffragist, so he must then take more drastic measures to ensure their end. Their deaths we shall take a moment to look at in timid silence. Here is a list of all the unfortunate victims. Some Louis did not actually kill. Those I will mark with a capital NG for not guilty. Ahem. . .

Phew. So many crimes and so little time to reflect on them. Moving on! After he finally becomes duke and announces his engagement to Henry Ascoyne’s widow Edith, the unthinkable happens. He is charged with murder. For who? That is another story.

It turns out his childhood friend Sibella clever and tormented woman that she is, found her husband Lionel dead and attests that Louis was the last to see him alive. Now, Sibella had made the stupid mistake of marrying Lionel who she thought could better support her extravagant ways. However, he is as dull as toast and she is miserable. Louis had confessed his love to her but she refused him though she loved him. But, to stave her misery and boredom, they carry on an affair which Louis promptly ends when she tries to blackmail him upon her husband’s bankruptcy. Thus, she gets her revenge.

So we leave our clever tale. I will not spoil the end. It is better to experience it yourself if you have the patience for dry as toast humor. We come to the clincher. Is this a good film? I would say it is a masterpiece, but of a very different kind then one usually thinks of. In other words, it is not entirely my type of masterpiece but I can appreciate its wit and the actor’s bravado. 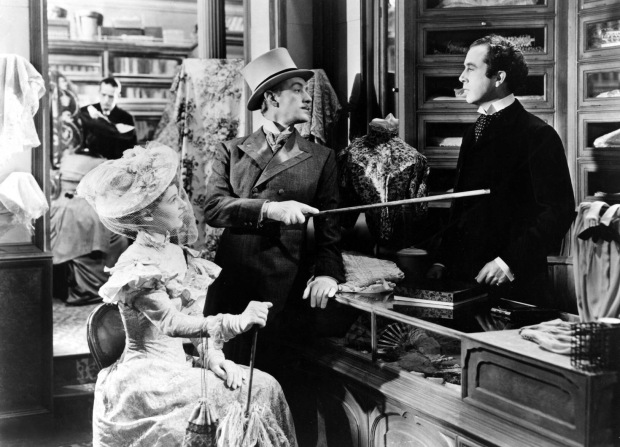 Denis Price was thoroughly engaging as narrator and sociopathic killer as was Guinness as Louis’s unfortunate victims, or as I like to call them the many shades of boring and eccentric relatives. Valerie Hobson, who also stars in the famous Great Expectations (1946), played an excellent prudish aristocrat and Joan Greenwood was charmingly manipulative as Sibella.

I would recommend this film to Monty Python fans as well as British film enthusiasts. As for myself, I suspect this will be the only time I watch this movie. Curiosity might bring me back but I doubt it. It is best to leave this film where it stands my heart: as a charming dry toast and tea comedy whose morals I have yet to discover. It’s irony, however, I understand perfectly.

Louis Mazzini: Why not?

Louis Mazzini: I must admit he exhibits the most extraordinary capacity for middle age that I’ve ever encountered in a young man of twenty-four.

2. Louis Mazzini: I had not forgotten or forgiven the boredom of the sermon of young Henry’s funeral, and I decided to promote the Reverend Lord Henry D’Ascoyne to next place on the list.

3. Louis Mazzini: [after murdering his cousin along with his cousin’s mistress] I was sorry about the girl, but found some relief in the reflection that she had presumably during the weekend already undergone a fate worse than death.

4. Sibella: All of your cousins seem to get killed. I really wouldn’t be the least surprised if you murdered them all.

5. [Louis Mazzini just murdered his relative, Lady Agatha D’Ascoyne, who was distributing suffragette literature from a balloon over London]

Louis Mazzini: I shot an arrow in the air; she fell to earth in Berkeley Square.