I decided to do something a little different for this post, since I have not written one for awhile. (SORRY). Yesterday, as I sat pondering what new and incredible artwork I could showcase, I remembered The Book of Kells out of nowhere. At first, I was trying to find something Russian or Mongolian to post but fell short. While brooding I thought, “Surely there must be an Irish art piece that I really like.” and DING! it hit me.

This is a double feature. Not only will I talk about the original Irish manuscript, but also the film it inspired The Secret of Kells.  Being the inquisitive person I am, I found a myriad of pictures from the manuscript and the film for your benefit as well as my own. I just enjoy the researching process. (Gasp! I love learning! NOOOOO!) 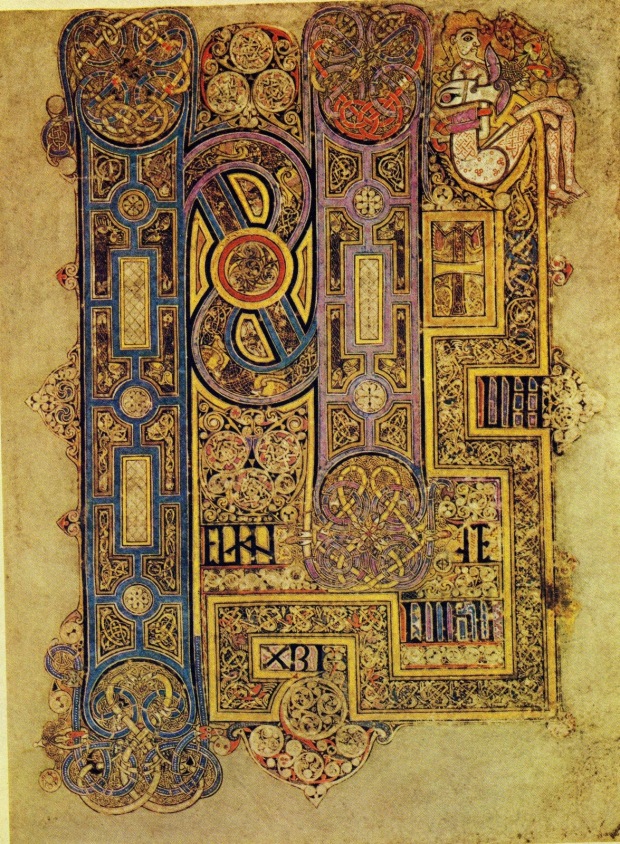 Before Gutenburg’s printing press appeared in 1436, any literature available during the Medieval Ages had to be hand written. This inevitably meant that old manuscripts had to be re-copied a myriad of times, otherwise they would disappear. Despite how people gripe and complain about the “oppressive” Roman Catholic church, if not for the work of their scholars Western literature, music and art would have completely died. (This does not excuse what happened during the Renaissance).

Dated as early as ca. 600, The Book of Kells is a combination of manuscripts containing the four Gospels of the New Testament. Researchers speculate the Irish abbot Columba possibly created it, though he died in 567, and the book was finished in ca. 800. It is the one of most famous example of Insular illumination, meaning that the text is heavily patterned without any attention given to depth or volume. 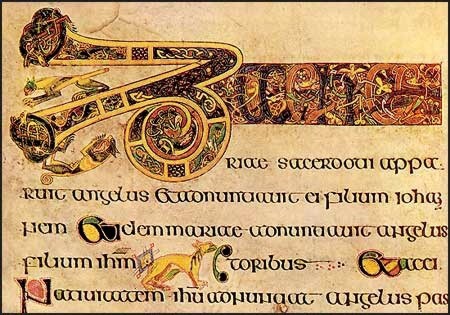 More specifically, it is an illuminated manuscript with gold and silver paints interconnecting with decorations used for the borders, initials, and miniature illustrations. Also, The Book of Kells is an amazing example of Western calligraphy, with each word painstakingly written by hand and decorated.

If this is not one of the best examples of Medieval art then I am a horse. The attention to detail these monks had was impeccable! I cannot imagine how long it took to illustrate even one corner of a title page! And there is more to these illustrations than initially meets the eye. When looked at under a microscope there are intricate patterns invisible to the naked eye. I like to think that they were trying to capture the meaning of life within the deep recesses of these images.

I celebrate these artist’s creativity, patience and the love they put into these manuscripts. My sister Melissa actually saw the surviving book in Dublin, Ireland. Someday, I hope to see it for myself. (It is like they combined my love for old books and art!) 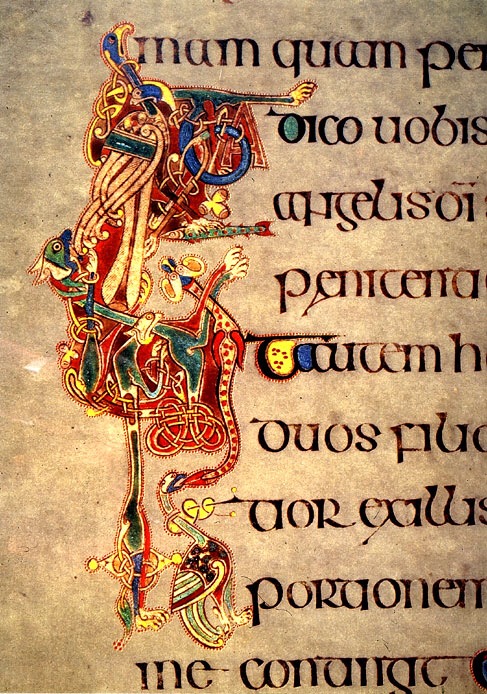 I will not talk about the 2009 film too long, but I wanted to mention it because of its close connection to The Book of Kells. Directed and written by Irish artist and director Tomm Moore, the film is an animated masterpiece. It did not try to copy Disney formulas or styles, rather it combined Irish folktales and Medieval art for a wholly unique aesthetic experience.

I love the colors and style of these images. The woods were painted in stunning shades of brown, green, yellow and blue that set an amazing natural ambiance to its scenes. The vikings are always accompanied by shades of red and black and the Abbey of Kells is a mixture of greys, whites and yellows. Everything curves and spirals like the original book, making them feel other-worldly and caught out of time.

I include these images in this post, even though they are from an animated film, because no matter where I stopped the movie each image was a work of art. It is similar to Sleeping Beauty (1959) in that respect, which is also inspired by Medieval art. My suggestion is to look at all the images I provided VERY CAREFULLY to understand their full effect. I might also write about the artwork done for Tomm Moore’s Song of the Sea (2014), which has a similar beautiful old world feeling. For now, have fun exploring these wonderful artworks from a time long past. 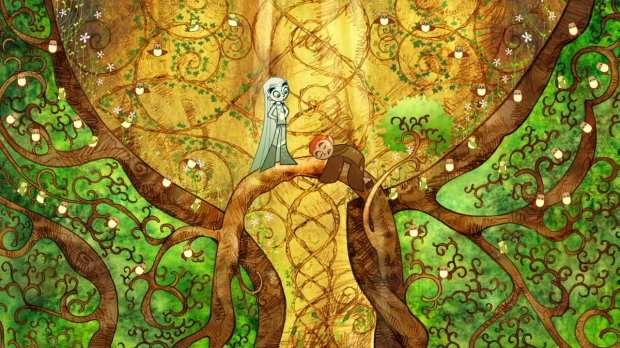 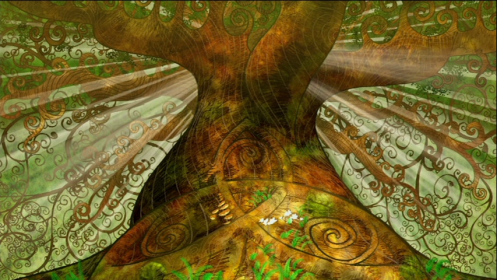 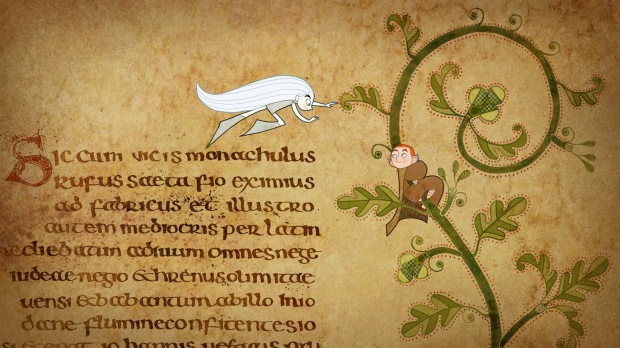