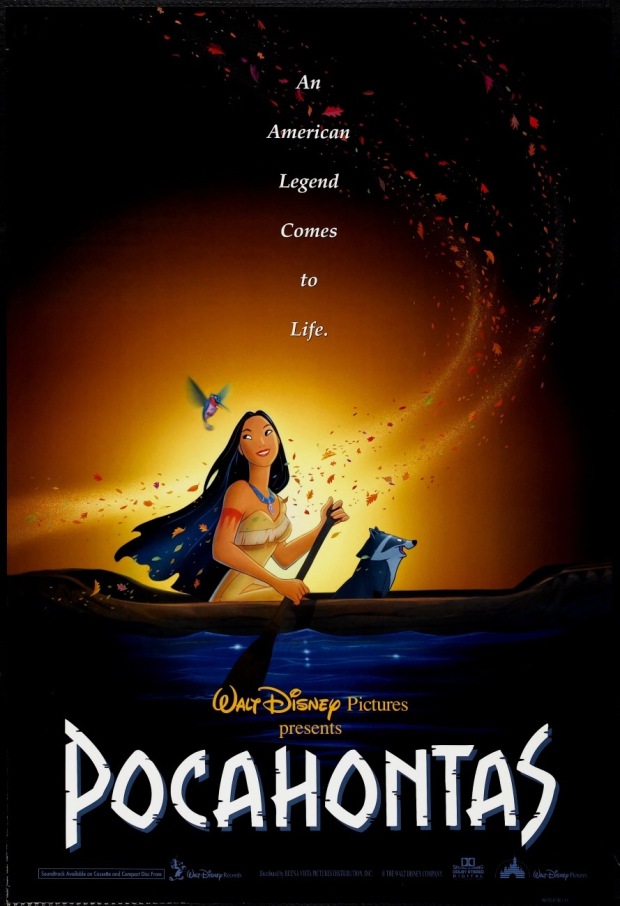 Heh. . . this is not one of my favorite movies. I find the story, characters and premise dull as toast. Supposedly, this was supposed to be bigger than The Lion King. Unfortunately, it did not have the staying power as a story or a film. Despite my negative opinion of it I took a moment a few weeks back to look at the background art and animation. I felt as if my eyes were opened up for the very first time.

Because I hated the story, I ignored how beautifully crafted its visuals are. As a kid I must have noticed, for when I was seventeen I commented to my mother that I had forgotten how magical this film was. Magical in what way exactly? Well, its styles, colors and visual execution are breathtaking. Stop, and take a moment to look at the images I found. I did not have to do a lot of digging to find these. Every background is absolutely gorgeous and bursting with the colors blue, purple and pink.

Through Pocahontas, I felt the classic art from Golden Disney films suddenly came back to life. Since this is a film centered on nature and balance, it is only proper the visuals emanated the purity of the forests, lakes and ocean when man had not inhabited the Americas. Now, do the visuals make up for the story? Ask me in about ten years when I have children of my own who want to see it fourteen times a day. 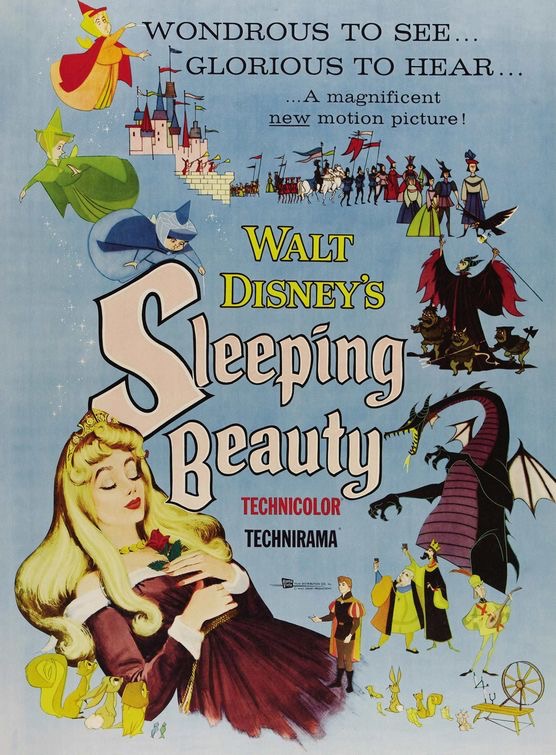 (This is for you Jessica!) The original Sleeping Beauty was the last of the Golden Disney films, at least in the scheme of fine art and craftsmanship. True, later films were enjoyable but they did not have the same higher aesthetic. 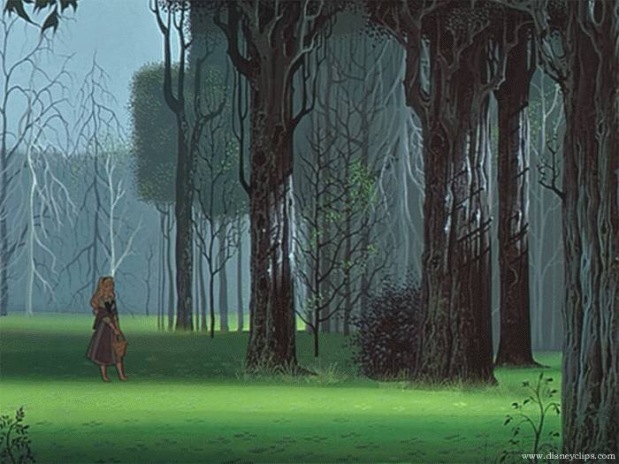 This film was an experiment and a chance for great background artists like Eyvind Earle to showcase their talents. This movie was made for the high arts in music, animation and backgrounds. Taking inspiration from Medieval tapestries and artwork and modern art, Disney artists created something wholly unique. I do not think this is a traditional type of film. I believe it is more like Fantasia (1940) in the sense that its entire purpose was to show off the artistic potential of animation.

Every single frame is detailed and beautiful to behold. No matter where the movie stops, each still could be framed and put on the wall. People say it bombed at the box office. Not so. It was second only to Ben Hur and only “failed” because it did not make back what it took to make it. I miss this type of dedication and creativity. It is rare to find a movie where one can sit back and enjoy high quality art in motion.

Maybe I am a little biased when it comes to this movie, but it is for good reason. I have never really talked about the background art in detail before. So, I will not sound like a broken record. Beauty and the Beast‘s art direction appeals to me so because I secretly have a German soul which revels in Romantic art. Romantic art has such fire and life to it and it shows wonderfully though this whole movie.

Every frame of this film breathes with emotion. Romantic stories deal a lot with this idea of beauty and Dualism, which means a person or thing can be two opposing things at once. Beneath the skin of a Beast lay the lost soul of a young man and in the backgrounds lay depth and darkness, which emphasized the stark contrast between lights and darks. I love the details in the architecture, how the ballroom scene seemed to glow with love, and the colossal beauty of Beast’s transformation.

Everything about Beauty and the Beast is beautiful to me. I saw this movie six times in a row and still was not tired of it. There was so much to drink in I had never even really considered before. Taking the time to sit and drink in visuals, like they are in this movie, is the equivalent to partaking of ambrosia. 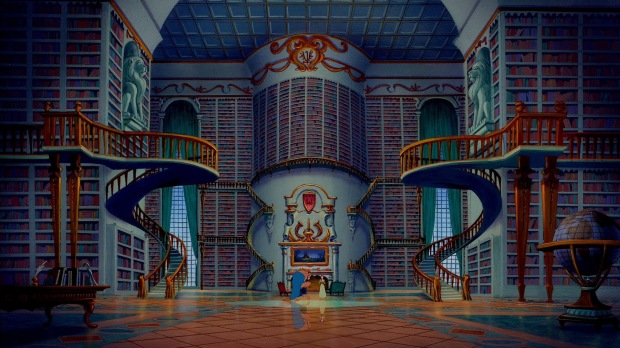 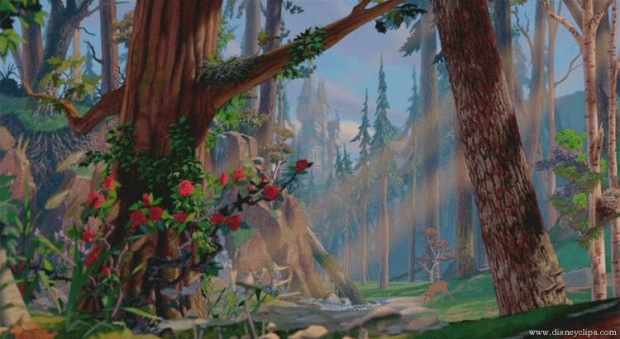 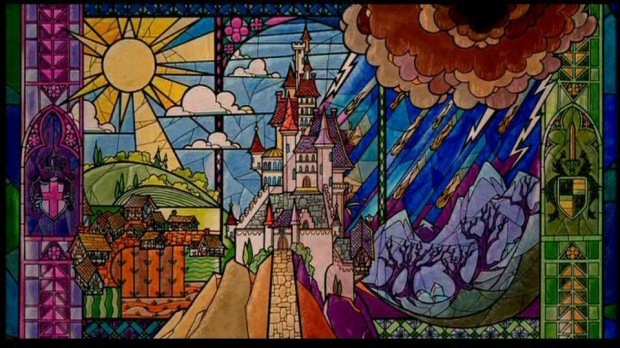 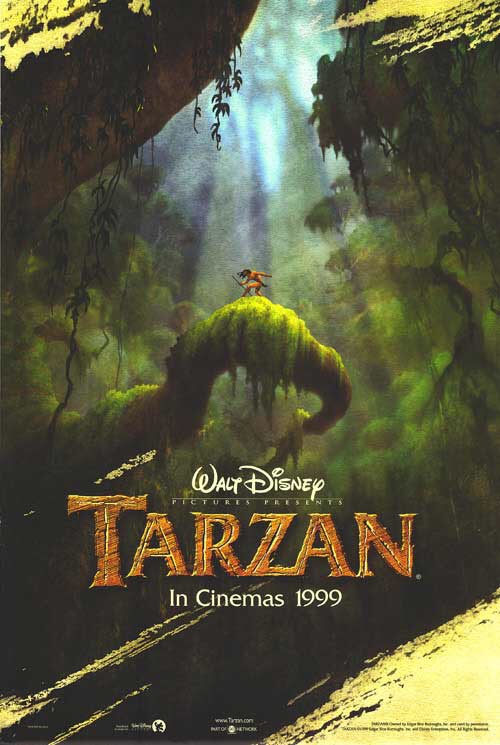 Yep. . . this movie keeps popping up too.  I said before I did not like Deep Canvas in the movie Treasure Planet (2001). It did not work as a moving technique. However, this is different in Tarzan.

The jungle came to life for me in this film. It swirls, it dances and sings in a hundred different ways as the light changes and shows different sides to it. There are stunning blues, fantastic golden greens, and light which envelops the entire scene in gold. Much like Spirited Away, it takes breaks to show flowering plants and breathtaking sunsets many films would not believe they had time for.

The idea of animation is to create the uncreatable. It reaches into the imagination and brings to life worlds most of us can only dream of seeing ourselves. If Hollywood tried to make Disney’s Tarzan as a live action film I fear it would not work. Much like Avatar: The Last Airbender there are some things that can only be shown through animation. This is because it is art in motion. Once taken into the real world it loses its magic. 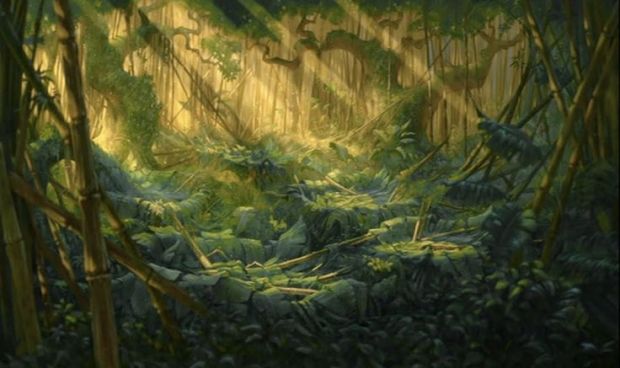 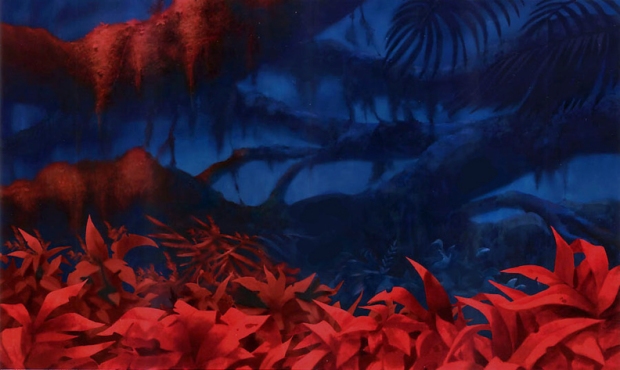 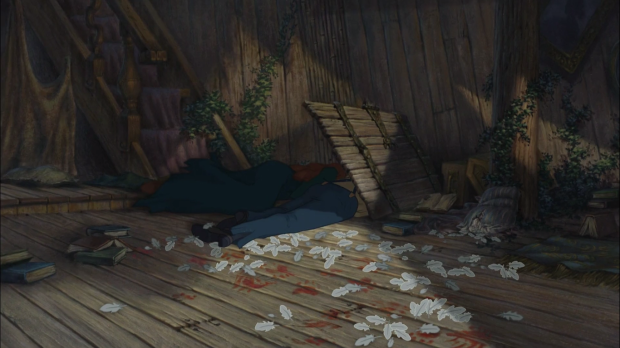 Goodness, I just keep bringing up my favorite movies do I not? Oh well. At least they are good. If you have not seen Howl’s Moving Castle you are missing out on one of the most spectacular visual experiences of your life. Even if the story does not appeal to you, the artwork is just miraculous. 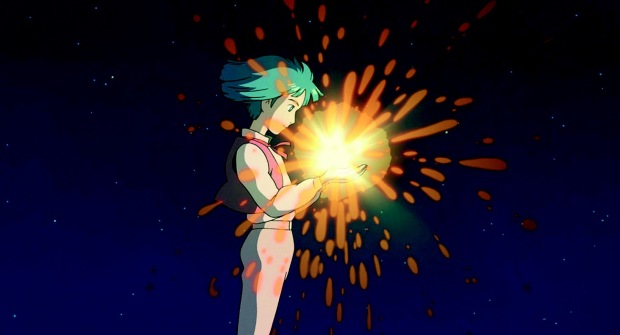 I talked about Ponyo in my last post and am excited to finally talk about this one. Miyazaki has this innate ability to recreate dreams and bring them to life through film. He has one of the most creative imaginations I have ever witnessed. All of the designs are his. The script is his. He storyboards and directs every film he creates. Though I imagine this makes him somewhat of a hassle to work with, there is no denying the beautiful world he made in this movie.

The amount of time it took to design the castle, palace, Howl’s bedroom, Saliman’s garden, the pasture of flowers and even the interior of Sophie’s hat shop must have been enormous. Seeing this at sixteen, I sat stone still transfixed by the colors and visions before me. I love the details and how each frame seems to shine with life. The watercolors for the nature scenes are also so beautiful. This is what I wish my dreams looked like. 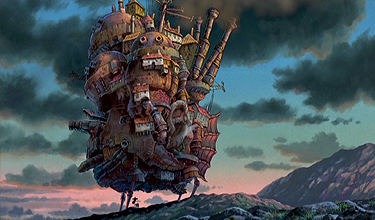 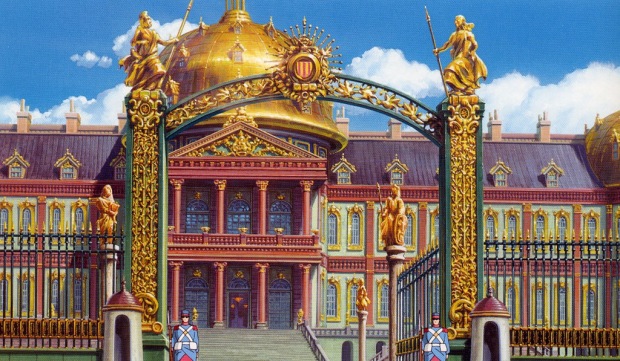 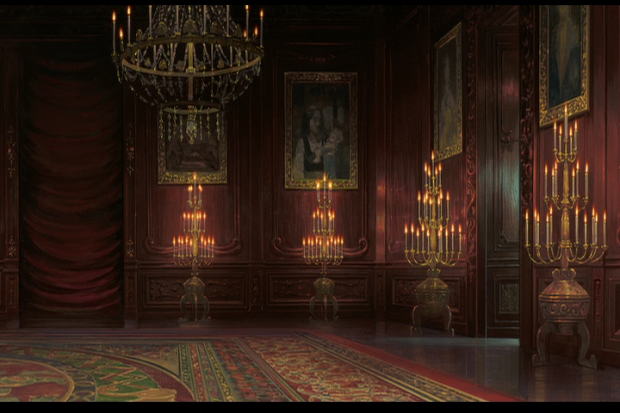 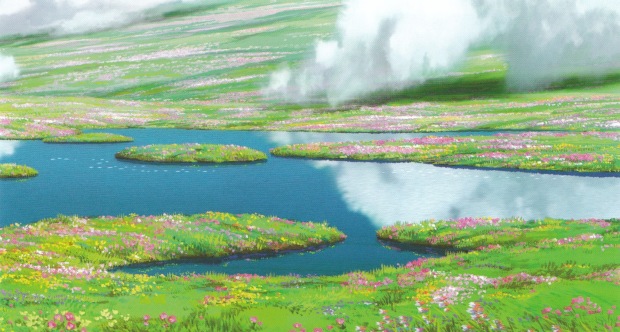