I have been waiting for this new album for three years. Mika is one of the few artists I actually follow. I was SOOO excited once I learned Mika finally released it.

Usually his albums are fun, with catchy background music and thought provoking messages. Granted not every song he released prior to 2015 is top notch but the few MEH songs are thoroughly overshadowed by his great ones.

My favorite songs by him are as follows: “Rain”, “Underwater”, “Blame it on the Girls”, “Origin of Love”, “Gene Kelly” and “Over my Shoulder”.

Now this new album. . . is altogether disappointing. There are only one or two songs I will listen to again. The others ranged from too poppy to repetitive. The creative lyrics were absent from most of the songs as well as the ingenious background music known throughout his other albums.

Here is my scoring for each song.

This felt like bubblegum pop. It is catchy to a point but incredibly repetitive both in its music and lyrics. (Especially it chorus) At least it is clean and has a cute message. The music video is also pretty cool but nothing special. This is a skipping through a colorful copy cut out city with smiling flowers and buildings song.

It’s supernatural, it’s just a force from above

Well, I like the backgrounds but the overall message is very negative. I have seen an anti-oppressive parents pattern in pop songs lately. (My parents have suppressed me! They want me to be too good! Noooo!) Also, the chorus is so. . . Monotonous. The line “All she Wants” was sung 36 times. Maybe he just ran out of ideas. I did not dock it too much because the verses were clever and sarcastic.

To be clear I’m not a hater,

Let’s be honest with each other,

There’s some thing we always knew.

All that she wants is the sun and the moon,

The call of the wild, and a big silver spoon.

This song is boring for me. There are only so many party songs for the youth I can hear before I lose my patience. The piano was nice but did little to save the floppy lyrics we have heard a million times.

If you could look into the future, would ya?

if you could see it, would you even want to?

The message for this song, is complicated. Though I do not agree with much he said, at least a lot of feeling was put into the lyrics. The music for it was also beautiful. I do not give it full marks because I do not believe he is right. Thus, my enjoyment is limited. Also, the chorus followed the same repetitive pattern as the other songs.

If we are all in the gutter

It doesn’t change who we are

‘Cause some of us in the gutter

Are looking up at the stars

This song makes zero sense. I think he was trying to say that no matter what people say about you “he” will accept you? Perhaps it is connected to the many stories of kids from fanatic religions or who grew with an oppressive religious figure. (I am talking about men like Harry Powell from Night of the Hunter 1955 not the run of a mill priest or religious conscious parent). The only part of the song I somewhat liked was its beat is catchy and the low voice adds a nice harmony.

Shotgun for a tongue but says just what she likes 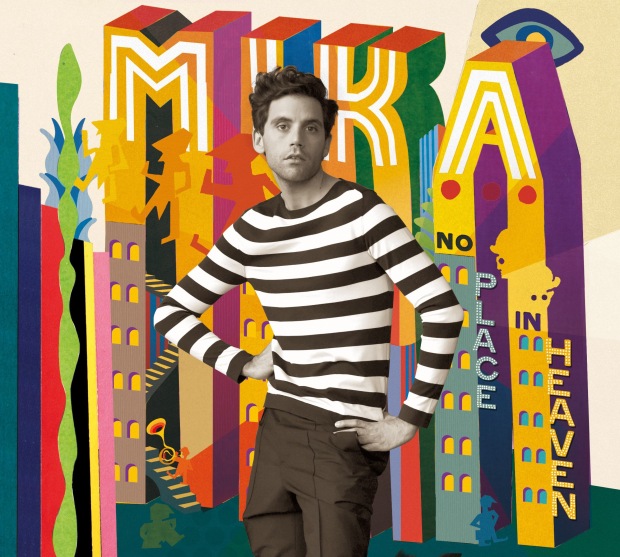 My heart constricted when I heard this song. I know there are many people who believe God would never accept them because they are not perfect or fit into a pretty mold. Often, though, I think they want to be accepted in their sins and not be required to change. But I feel this song is a cry to be accepted and to find peace with God, so to speak. I like this song and it’s message a lot.
Favorite Line:

Father, will you forgive me for my sins?

Father, if there’s a heaven, let me in.

I don’t know where to go if I should die.

We haven’t been on speaking terms for so long, you and I.

There is not much to say about this one. Like the first song, it is sort of catchy and the message is cute but it is overall average. The main theme is pretty standard: “I am so in love with you I am blind to anything else!” or “you may not be the best for me but you are glorious like the sun”. This is an okay song.

Send my love down in those rays of light

Through your window on your tired eyes

This is a very pretty song. I felt like the singer was surrounded by a swarm of words from hurtful people. Perhaps something incredibly painful happened and nothing anyone can say will help it. Overall, I thought it was okay.

Doesn’t take a fool to start a fire.

I did not like it. The music was dischordinate, the chorus bleh and the message somewhat inappropriate. I wrote about subliminal messaging a few days ago. This song definitely fits into what I was talking about. It very subtly hints that a normal marriage is deceiving, women will eventually cheat on and leave you, and that well… You get the idea.

This is yet another MEH song. It’s basic message is “I will leave to go find myself a better me so you will like me”. Hurray? I think people underestimate their potential for change and choices. The beat sort of drags throughout and the music itself sort of makes me sleepy.

I try to change my ways

I feel like I’m the villain in some crappy day

The book has long been written

I really liked this song. Though it follows a similar pattern as many of the others (Cough, there is something wrong with me which explains why you do not want me) I liked how he handled the subject better. It sets itself up nicely, emphasizing at the get go the state the man is in. Ordinary turns out to be a sort of average put down for who he is and how he feels. Anyway, I liked it way more than the others.

So you say it’s ordinary, love?

That’s impossible to do

No such thing as ordinary, love.

I was ordinary just to you.

It was alright. This was another self entitlement song. I still think there is a weird demanding voice from our world now for God to give them salvation though they have not done the necessary things to receive it. Despite this, I thought the music was catchy.

Sold my soul, broke my bones,

Tell me, what did I get?

Did my time, toed the line

Ain’t seen anything yet

Pretty song. But it follows the same pattern of the previous ones. Namely, having a broken heart. At least the piano is nice.

That is screaming inside

That is bleeding me dry

Stop with the down in love songs!!!! It sounded like an 80’s corny pop song. I could not listen to the whole thing.

If you really like Mika I would suggest looking at this album very tentatively. I did not like it but maybe the songs will appeal more to others. I think this is Mika’s weakest album so far but there were a few good things in it.